Today’s passage about Elisha the prophet reminded me a lot of an old and famous Aesop fable.  The fable goes, A farmer and his wife owned a very special goose. Every day the goose would lay a golden egg, which made the couple very rich.  “Just think,” said the man’s wife, “If we could have all the golden eggs that are inside the goose, we could be richer much faster.” So, the couple killed the goose and cut her open, only to find that she was just like every other goose.  She had no golden eggs, nor did they.

In our text today, Elisha seems to be that fabled goose, just coming and going and laying these little golden-egg miracles.  Hey!, if you’re running low on income and all you have is a jar of olive oil, just snag Elisha the prophet the next time he walks by, and “poof!” all your troubles are over.  Hey!, your nest is a little too empty?  Here comes Elisha.  He’s gold! “Poof!” A son. And then, bigger “poof!” dead son is alive again. So is that all there is to this chapter?

Now, unlike the Aesop’s fable, the wife and her husband here in chapter 4 do not kill their goose with the golden eggs.  V10, they build him a little coop on the roof of their house…but the woman does come close to strangling the man.  The golden egg of a son whom Elisha gave her becomes the source of great grief!

But the Bible is not a book of morals, a handbook teaching us what we must do and not do in order to be happy, healthy, wealthy, whatever.  Oh sure, you can create long lists of morals from the Bible, but that’s not its primary purpose! The primary purpose of the Bible is to tell us about God, more precisely, for God to tell us something about Himself…and then, in knowing God, we know ourselves.

Which is something of a problem with this chapter.  God doesn’t show up! He doesn’t say anything to Elisha!  Now, clearly this chapter echoes the previous work of Elijah—there’s a miraculous flow of oil, there’s the resurrection of a woman’s son; to quote the colorful former Yankees catcher, Yogi Berra, “It’s déjà vu all over again!”—clearly the writer is tying this chapter to Elijah, and yet, the writer is making a very different point this time around.  In the Elijah saga, God directs the prophet to do what he does.  Here with these similar events in Elisha, God has hidden Himself!  What’s up with that?!

In the first episode, v1, a prophet’s widow is in financial trouble. Her creditor is going to seize her children (likely to sell them into slavery in payment for her debts).  She has a jar of olive oil.  V3, Then [Elisha] said, “Go outside, borrow vessels from all your neighbors, empty vessels and not too few. 4 Then go in and shut the door behind yourself and your sons and pour into all these vessels.  And when one is full, set it aside.” 5 So she went from him and shut the door behind herself and her sons. And as she poured they brought the vessels to her. 6 When the vessels were full, she said to her son, “Bring me another vessel.”  And he said to her, “There is not another.”  Then the oil stopped flowing. 7 She came and told the man of God, and he said, “Go, sell the oil and pay your debts, and you and your sons can live on the rest.”  Wow!  The goose has lain a golden egg!  But is that it?  No…the gold lies deeper.

In v1 the widow had said to Elisha, “Your servant my husband is dead, and you know that your servant feared the LORD…”  There’s the key.  This household has been faithful to God, even in the days of Jezebel’s holocaust against the faithful. And yet, it seems that this faithfulness under persecution has only brought them grief—the prophet has died, the widow is on the verge of losing her sons.  God definitely seems to be in hiding!

But the hand of the hidden God is revealed, not so much by the miracle of the oil, but in the redemption of the woman and her sons which that miraculous olive oil has brought them.  This same theme is present in the second and longer episode as well.

In v8, we’re suddenly in Shunem, a village in the territory of Issachar.  Elisha often passes through town (why, we’re not told).  A wealthy woman and her husband live there who offer hospitality to the traveling Elisha.  It is the sort of thing a faithful Israelite would do, as faithful Abraham and Sarah did for their Trinity of visitors.

Well, after a number of dinners with Elisha, the woman realizes, v9, “Behold now, I know that this is a holy man of God who is continually passing our way.”  She figures it would be good to have him around longer.  She has the space and the money, so she and her husband, v10, build an addition on top of their house to provide Elisha with a place to live when he’s in town.  Such generosity!  Such faith in action!  Or…is it merely greed for some golden eggs?

V11, comes the golden egg.  One day [Elisha] came there, and he turned into the chamber and rested there. 12And he said to Gehazi his servant [servant, but not protégé as Elisha had been to Elijah], “Call this Shunammite.” When he had called her, she stood before him. 13And he said to him [to Gehazi; Elisha doesn’t speak directly to the woman; maybe it’s a language thing, maybe a male/female thing, but more likely it’s to be as distant as the hidden God], “Say now to her, ‘See, you have taken all this trouble for us; what is to be done for you?  Would you have a word spoken on your behalf to the king or to the commander of the army?’”  She answered, “I dwell among my own people.” 14 And he said, “What then is to be done for her?”  Gehazi answered, “Well, she has no son, and her husband is old.”

So, v16, with words closely echoing the words God spoke to Abraham and Sarah (and perhaps the writer intends this), Elisha says, “At this season, about this time next year, you shall embrace a son.”  But the woman, just like Sarah of old, is skeptical. Clearly her hospitality toward Elisha has not been from greed!  And a year later, a son is born.  Happy ending?  Well…no, not yet…

Like Isaac, the son whose birth filled old Abraham and Sarah with laughter; like Isaac, who was born to die, nearly so, as a sacrifice; like Isaac, so too here.  V19, several years later, the miraculous son has some sort of sudden head trauma.  V20, he dies.  Now here is where several significant clues are woven into the narrative.

V21, the woman lays the boy’s body on Elisha’s bed in his room.  V22, she asks her husband to saddle a donkey so she can ride to Elisha.  And there’s this cryptic discussion.  V23, And [the husband] said, “Why will you go to him today?  It is neither new moon nor Sabbath.” She said, “All is well.” (Just as Abraham kept from Sarah and the servants what he was going to do at Mt. Moriah, saying cryptically, whether in deception or in faith we’re never told directly, “The boy and I will go and worship, and we will return to you.”)  So having said, “All is well,” the woman races off (well, as fast as a donkey can race) about 30 miles to Elisha, v25, who is at Mount Carmel.  Mt. Carmel!  “Dun-dun.”

And after she faces a bit of a kerfuffle with Gehazi, Elisha’s bouncer, Elisha says, v27, “Leave her alone, for she is in bitter distress, and the LORD has hidden it from me and has not told me.” Elisha has no idea way she’s come!  V28, the woman’s storm bursts, “Did I ask my lord for a son? Did I not say, ‘Do not deceive me?’”

OK, get it?  Mt. Carmel, where a sacrifice to God was made.  A woman’s son is dead.  Great anguish!  “My God, my God, why have You forsaken me?”  Uh, Jesus?  Sure!  But it’s also Isaac once again.  The writer of Kings wouldn’t have known Jesus, but he would certainly have known the story of Abraham’s sacrifice of Isaac.

It’s a real battle.  Only God can deal with God.  God against God, as Martin Luther called it.  God revealed must conquer the hidden God.  That is the flight, the donkey ride, which faith takes, from what is hidden about God to what God has revealed about Himself.

For us, when life shouts at us and smacks us around with the hiddenness of God, faith seizes hold of God revealed in a manger, God hanging and dying on a cross, God cradled and crucified in the words of an ancient Book.  When confronted with God hidden from us, faith flies to God who is for us.  That’s Jesus!

Elisha and the woman don’t know Jesus (His birth is still nearly a thousand years into the future), but they certainly know what God has revealed about Himself in Israel’s history.  The woman declares, exactly as Elisha had declared to Elijah, v30, “As the LORD lives and as you yourself live, I will not leave you.” The LORD!  Faith.  And when Elisha gets back to the house in Shunem, to the body of the dead boy, v33, he went in and shut the door behind the two of them and prayed to the LORD.  The LORD!  Faith.  In their grief and pain because God has hidden Himself from them in this, the woman and Elisha fly to take hold of God as He has made Himself known in the past, because only God can deal with God.

Then, vv34ff, like Elijah, Elisha performs this curious ritual, stretching himself out on the boy, mouth to mouth, eye to eye, hand to hand.  V35, the boy suddenly sneezes seven times—curiouser and curiouser, perhaps suggesting something demonic here.  V36, “Take up your boy,” he says to the woman.  She does.  The story ends.

Now the writer could have inserted here a quote from Genesis 22.  It would fit!  After Isaac’s “resurrection” from that sacrifice because of the Lamb of God, Abraham was told by the Lord, “Now I know that you fear God.”  That’s the best golden egg of them all, that we should know that God knows us, God knows us…for good!

Martin Luther once said, “I know not the way God leads me, but well do I know my Guide.”  Indeed, God wills and does many things that He has hidden from us.  But…that God has spoken by His Word and has told us His mind about so many things, especially the one needful thing, Jesus; that God has spoken to us, more so, that He has spoken to us for good…what a great gift that is!  It was for Elisha and Company, it is for us…a gift more precious than gold…than all the golden eggs of any golden goose. 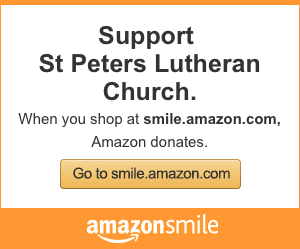